An exercise in violence. Guillermo Ros

The work of Guillermo Ros (Vinalesa, 1988) centres on the investigation of the relationship between contemporary systemic violence, artistic production and a personal “lore” manifested in a testimonial role. His study specifically addresses power relations, the legitimisation, justification and promotion of self-exploitation, and the role of the artist as an inexhaustible machine of schizophrenic production, more concerned with the final objective based on the catharsis of exhibition than with caring for his or her own human condition. Such a task materialises in the intervention of the exhibition space as though it were a newly frozen stage, where the dialogue between materials, forms and architecture speaks of the silence shrouding the production of any artwork during its final reception.

For Gallery 6 at the IVAM, Guillermo Ros will continue and reformulate this line of work to present a previously unseen project devised specifically for this space, departing from a particular moment that will determine and define its creation.

Guillermo Ros currently lives and works in Alboraya. He graduated in Fine Arts from the Polytechnic University of Valencia, where he then took his Master’s degree in Artistic Production. His work, mainly in the overlapping fields of sculpture and installation, has been exhibited in Spain in cities like Valencia, Barcelona, Palma de Mallorca and Madrid, and internationally in Bogota, Lisbon and Vienna, with shows also coming up in Oporto and London. Among other awards, he won last year’s Senyera Prize for Visual Arts, and his work forms part of private and institutional collections both in Spain and abroad. 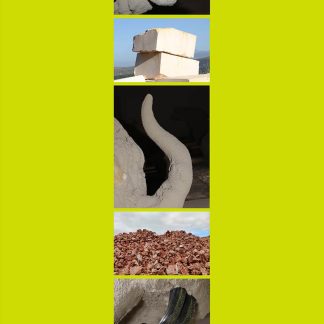 You're viewing: An exercise in violence. Guillermo Ros 23,00€
Add to cart