Art and sexuality in Europe between the Wars

‘This exhibition will examine the changes that took place in sexuality and morality in Europe in the period between the two world wars. During that time, one can observe the impact of conservatism on laws and the persistence of religious mores. At the same time, it is imperative to bear in mind the aftereffects of the Great War on the general population. The social crisis in which European societies were caught up and the fierce zest for life following such a dark period prompted the rise of forms of behaviour in individuals and groups that diverged from the dominant order. This newfound freedom in customs found a fertile terrain for expression in art. The use of photography facilitated the exposure of the body and nudity but other mediums—drawing, printing, painting, sculpture—were also used to capture this nonconformity with the moralizing norm. These expressions of freedom flourished more often in big cities like Berlin and Paris. That being said, censorship continued to be exercised and ongoing social and legal control was reflected in all kinds of repressive situations. The rise to power of Fascism and totalitarianism (Germany, Italy, Spain, Soviet Union) brought an end to this vision of a new society.’ J.V. Aliaga. 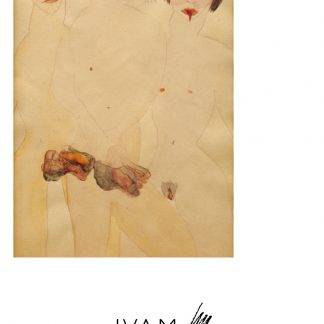