The starting point for the specific project carried out by Jorge Peris (Alzira, 1969) was his return in 2011 to Valencia, the city where he began his training as an artist. Specifically, he went back to El Palmar, which involved meeting memories, but also the landscape of the Albufera and all its surroundings.

In Gallery 6 Jorge Peris constructs an unusual inhabited place with an installation that plays with the exhibition area, with its diagonals and columns and its staircase. He materialises his imagery, constructing it with characters that are revealed as visitors make their way through the exhibition and that take on various forms, overlapping times and places in a single dimension. 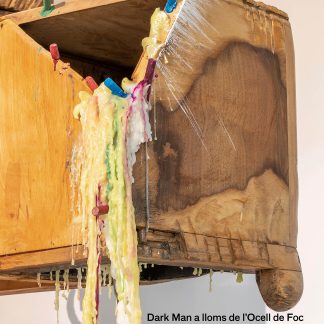