The purpose of the project developed by the artist Fernando Sánchez Castillo (Madrid, 1970) and curated by Miguel Caballero is to create a collective memorial in the museum’s Gallery 6, based on one of the most iconic photographs of the Civil War, Death of a Loyalist Militiaman, attributed to Robert Capa and Gerda Taro. In his artistic proposal, Sánchez Castillo connects this famous photo with the history of the Valencian toy industry.

During the years of the Civil War the trade unions in Ibi (Alicante) collectivised one of the most important toy factories. Normal production was halted and only one tin militiaman was made by the factory in those years, a model of the new man. After the war was lost, the militiaman became a compromising object and many toy workers had to go into exile.

The leitmotiv of the exhibition is the creation of a collective memorial based on the exchange of a small figure from the Spanish Civil War, inspired by Robert Capa’s and Gerda Taro’s iconic photograph, in return for a thought or a wish that visitors express on the walls of the museum. A brigade of 4000 units will be arranged for this purpose. In this way the museum will devote part of its space to individual narratives in a perpetual game of conflicts. 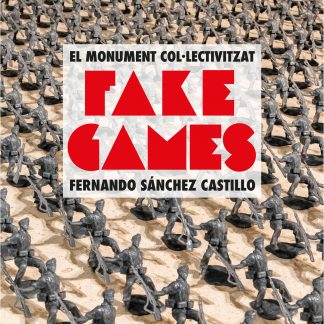