Alexander Ródchenko (St Petersburg, 1891 – Moscow, 1956) was one of the most outstanding Soviet avant-garde artists during the period between the two world wars. He was the founder of Russian Constructivism and one of the artists who introduced photomontage to the Soviet Union. His work supported the idea of a revolutionary utopia, seeing art as a vehicle for transforming life.
In consonance with this idea, the exhibition analyses his radical contributions to the world of photography and graphic design (both political and commercial) through a selection of books, photos and magazines of the period in an arrangement in which special attention is given to the propaganda magazine USSR in Construction and to some of the artists – such as El Lissitzky, Klutsis, Mayakovsky and Varvara Stepanova – who shared the same aesthetic and political views.
Texts in spanish and valencian.
Free publication 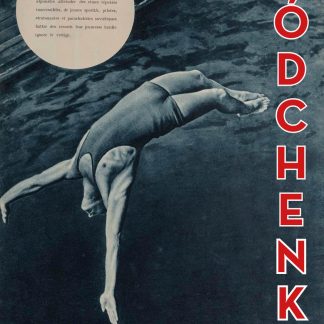