Sometimes Unexpectedly, the Present Meets the Past

This is the first monographic exhibition by Anna Boghiguian (Cairo, 1946) in Spain. In her work, the Egyptian-Canadian artist of Armenian origin explores the historical, economic, social and political impact of certain events of the past in the present. Boghiguian employs the image as a form of writing and writing as image to unfold a way of thinking and a poetics committed with the world; visual essays that show the sustained impact of political history and economic conditions in the contemporary world.

To the artist’s way of thinking, colonialism is like a hinge moment that ushered in a profound radical change in articulating human relationships with the world, however much her images are drawn from her experience, from the personal encounter with certain places and objects that provoke an emotional and cognitive response. Boghiguian transforms these experiences into artist books, drawings, paintings, cut-outs, collages and installations. 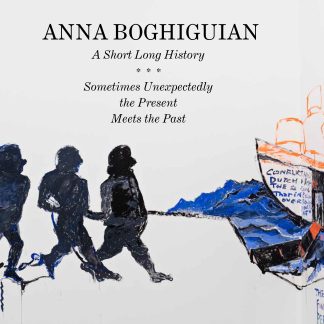