View cart “Chillida Medallas” has been added to your cart.

Joan Miró’s work lives on and continues to question the present age. It is one of the landmarks of the early avant-gardes of the 20th century that refuses to be relegated to the mausoleum of art history, a place where creation loses all possibilities of conflict. The exhibition Joan Miró. Order and Disorder explores the traces of indiscipline left by the artist in the course of his career. From the very outset, discipline and the process of learning were a kind of captivity from which he began to free himself when he arrived in Paris.
From then on, Miró moved along a strange path in which artistic and cultural order were always questioned. His paintings became a permanent conflict that exploded between 1969 and 1973; his characters engaged in a fight between reality and representation; and his work expanded towards society with his prolific production of public art, posters understood as urban graffiti and his participation in Morí el Merma, a theatrical celebration of the death of the dictator.
Paperback
Texts in valencian
rrp:21,50€
Until the end of the exhibition rrp: 19€ 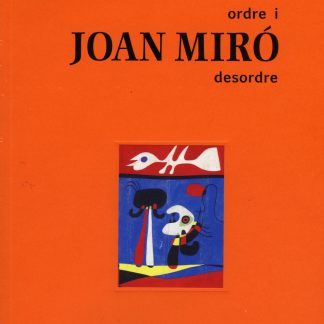