Mechanical and Technical Imaginaries will gather together artists in the IVAM collection with an interest not only in designing and constructing mechanisms but also in creating imaginaries that reflect the spirit of the industrial and scientific culture around them, such as Alexander Calder, Marcel Duchamp, Lászó Peri, Man Ray, Moholy-Nagy, Boris Ipratovich, Germaine Krull and Gustav Klucis.

The display will also include works by “visionary technologists” like Gilberto Zorio or artists who use materials and techniques from industrial manufacturing to reflect on spirit, time, body and memory, as in the case of Maribel Doménech and Gary Hill.

Also represented are artists who support dialogue between science and art, such as Yturralde, Alfaro, Sempere, José Luis Alexanco, Elena Asins and Soledad Sevilla, and conceptual narrators like Thomas Ruff, who investigate the perception of images through the photographic medium, using mechanical iconography as a basic theme. Special attention will moreover be paid to the question of work and its relationship with the machine, including pieces by contemporary artists working from feminisms, like Inmaculada Salinas.

Furthermore, the exhibition will be accompanied by a display in the IVAM Library which reviews the movements of geometric abstraction that emerged in Spain in the 1960s. The display will feature original documents and artists’ sketchbooks from the museum’s documentary archive, forming a survey centred on the First Exhibition of Normative Art, the Antes del Arte group, and the collective that formed around the Centro de Cálculo (computing centre) at Madrid’s Complutense University. 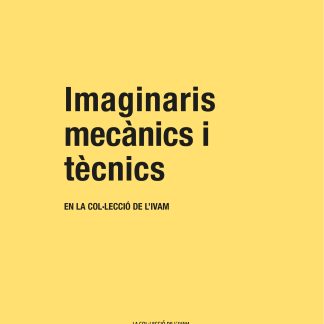