View cart “Joan Antoni Toledo” has been added to your cart.

The exhibition recreates the slow and thorny path along which Valencian female artists had to advance in order to achieve visibility and professionalisation, starting in the period of Primo de Rivera’s dictatorship and the Second Republic (a time when women really began to emerge in public life), continuing with the era of the Franco regime (a period when this process came to a halt), and ending with the 1980s (when there was a strong consolidation of their integration and position).
Two artists mark the beginning and end of this process. On the one hand, Manuela Ballester, who in 1929 designed a cover for the magazine Blanco y Negro that can be understood as a symbol of rebellion against the academicism reigning in Valencia; a dispute that she continued vigorously during the Republic in various works that have rarely been seen. On the other hand, in 1980 Carmen Calvo exhibited at the Guggenheim in New York in a show that was called New Images from Spain, during a time of transition that broke away from patriarchal conservatism institutionally and politically.
In this period of history we can see the political and social commitment of the artists represented in Against the Tide, which required a more or less explicit twofold militancy: one concerning the political situation in which they lived and the other resulting from the fact that they were women in a society that discriminated against them and treated them as second-class citizens. The show includes work by artists such as Amparo Segarra, Jacinta Gil, Juana Francés, Ana Peters, Monika Buch, Isabel Oliver, Ángela García Codoñer, Cristina Grau, Victoria Civera, Soledad Sevilla and Cecilia Bartolomé.
Paperback
Texts in valencian
rrp:20€ 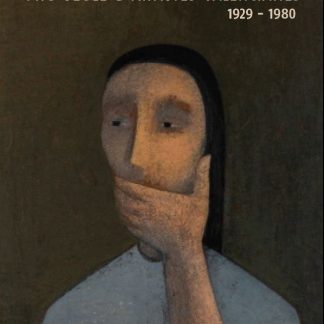 You're viewing: A Contratemps Out of stock
Read more